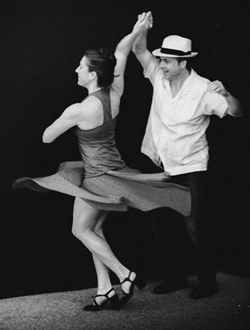 Bios of the Team

Images from Cuba and friends

Images from our world travel

We are located in Santa Cruz, California, serving the community since 2001. Chris & Jessica founded ‘Salsa Gente‘ in Habana, Cuba, in 2011 while on one of their dance and music study trips.
Before that, from 2001 to 2011, they taught and performed as “Salsa Rueda Santa Cruz” (see more below).
The mission of Salsa Gente is to promote the joy and excitement of Cuban dance and music and it’s Afro-Cuban roots to all people. We teach Cuban-style dances (such as Salsa Suelta, Casino partnering, and Rueda de Casino) from Beginners to Advanced and regularly invite Cuban teachers for Cuban dance workshops (such as Afro-Cuban Rumba, and Orisha).  We strive to be authentic but also fun. 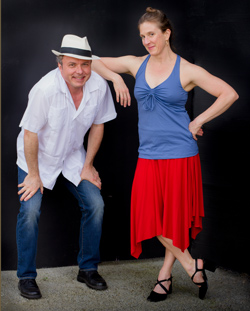 We frequently study dance and music with renowned teachers in Cuba (Habana and Santiago de Cuba) and in the USA. See more in our bios below. Our inspiration comes mainly from Cuba, and also from our travels, nationwide and worldwide, to countries such as Russia, Germany, China, Japan, Mexico, and Singapore. We are fluent in English, Spanish and German.

Bios of the Team 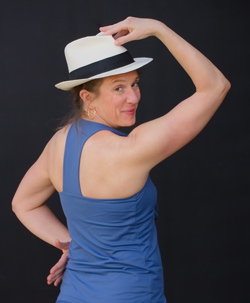 Jessica co-founded ‘Salsa Gente’ with Chris inspired by one of their trips to Habana, Cuba in 2011.

She has over 25 years of dance experience. She studied ballet for 16 years, and performed professionally with the Harbor City Ballet, Richmond Ballet, and Nashville Ballet in the US.

Jessica started to dance with “Salsa Rueda Santa Cruz” (SRSC) in Santa Cruz, California in 2003, and soon became a team leader and choreographer for over 40 performances. She has enjoyed dancing Rueda de Casino in Miami (Henry Herrera), Russia (Moscow), China (Beijing, Shanghai), Japan (Tokyo), Singapore and many places in Germany.

After her ballet dance career, she became a nurse practitioner in women’s health. Since 1992 she has also been a certified group exercise instructor (AFAA). She has taught step spinning  for over 20 years at 24 Hour Fitness Club in Santa Cruz, California.

Jessica holds two Master degrees in Humanities from Johns Hopkins University, and a Masters in Nursing from Vanderbilt University. 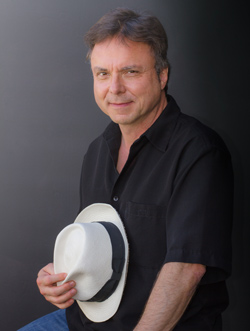 Chris, Christian Gregor Dieseldorff,  co-founded “Salsa Gente” while in Habana, Cuba, in 2011 but began to dance Cuban-style Salsa in 1999 in Santa Cruz, California. He continuously studies with renowned teachers in the US and in Cuba. These teachers include in Cuba Isaias Rojas Ramirez from BanRarra in Habana, Luis “Titi” Guzman in Habana, and Yanek Revilla and Karelia Despaigne from Santiago de Cuba. He also studied folklorico with Milagros Ramirez Gonzales at the teatro de la Danza del Caribe in Santiago de Cuba and Daisy Hernandez in Habana.

Chris loves to travel around the world and experience Cuban-style Salsa from others such as in the US such as Miami (Henry Herrera), Russia (Moscow), China (Beijing, Shanghai), Japan (Tokyo), Singapore and many places in Germany.

After 10 years Chris founded with Jessica ‘Salsa Gente’ inspired by one of their trips to Habana, Cuba in 2011. ‘Salsa Gente’ promotes Cuban-style dance and music and offers Cuban style dancing such as Suelta, Casino partnering, Rueda de Casino and Afro-Cuban dance workshops with Cuban teachers.

Chris grew up with an affinity to Latin culture and music. His grandmother was born in Paraguay and he has family in Guatemala (Dieseldorff Kaffee near Coban) and Peru (Lima).  He came to the United States in 1990 working as engineer for a technology company upstate New York. Since 2002 he works as industry analyst for the computer chip industry at an international trade organization in Silicon Valley, California.

Images from Cuba and with friends

Images from some of our world travel