There is only one!

In a nut shell

The name Dieseldorff came from the Lord von Dieseldorff (Graf von Dieseldorff) who reigned around 1720 to 1749. The Lord was representative to the king of Poland in Danzig (G’dansk) and was the major of G’dansk for seven terms. When he died without male heir in about 1749, the name was not carried by anyone else anymore. Solomon Lazarus Levi changed his name from Levi to Dieseldorff begin of the 19th century.

Other roots are in the 19th and 20 century to the Hungarian family Klebersz von Rethey (now Reca in Slovakia). Many family members also live now in Guatemala, Peru, US, and Germany. 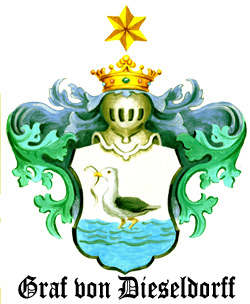 Solomon Lazarus Levi’s  father was Moses Levi, a deeply religious Jew. When he married Johanna Dorothea Wilhelmine Hoefer around 1820, he changed his name to Johann Heinrich Dieseldorff, son of Moses Levi. It is believed that either his father or the person he married were cousins of the Lord von Dieseldorff. That is why they took the name.

The Great Great Grandmother of Chris – from whom all living Dieseldorff’s are – was Maria Rethey (or Retei) – also known as Eva. She was born near Vienna, Austria in 1830 and belonged to the Klebersz family in Rete Hungary (now Reca in Slovakia). Everyone called her the countess. The family known as Klebercz von Rethey became Ungarian aristrocrats in 1633 by appointment of King Ferdinand II. 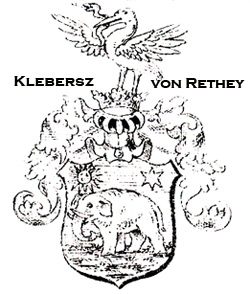 The Jewish roots and connection caused many problems for the family especially during the Nazi regime who murdered one of the family members, Frieda Dieseldorff (maiden name: Sternberg, born January 16, 1884) in the concentration camp Auschwitz-Birkenau (“the Death Camp”) as of the victims of Elmshorn in 1942. She was deported in November 7, 1942 nach KL Auschwitz-Birkenau (Oswiecim). 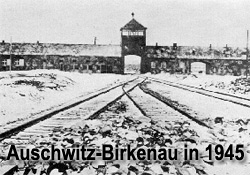 Before World War I, Germany had many colonies around the world.
Most of the Dieseldorff family now live in Guatemala, (Coban) where they operate the famous Dieseldorff coffe farms at Finca Santa Margarita since 1888. Pressured by the United States all Germans had to leave Guatemala after World War II except the Dieseldorff family because they resisted the Nazi regime in Guatemala. Other Dieseldorff who escaped the Nazi regime live now in Lima, Peru. Descendents from Guatemala and Peru live now also in United States (such as Miami). The grandmother of Chris was born and raised in Paraguay, South America (bordered to Argentina and Brazil).

Following explains the history of the family name Dieseldorff (as spelled nowadays) and also describes the family history of Christian Gregor Dieseldorff who has blood connection with the countess of Retei (or Rethey) and to Solomon Lazarus Levy.

Indeed, all with the name “Dieseldorff” as known today are coming from the same family dating back to end of 17th century. The name appears in different varations due to spelling and translation such as  “Diesseldorff”,  “Disseldorff”,  or “Diesseldorf” (with only one “f” which is incorrect).  The family name has nothing to do with the German city “Duesseldorf” which lays in a different region.  Two  “f’s” at the end of a name is typical for Prussian origin. Other names are “von Beneckendorff” which is the second last name of Hindenburg and Ludendorff.

At the time of the count there was not one German nation but many German states and kingdoms. Although surrounded by Poland, Danzig was at that time a Free Hanseatic city (independent city). Germans and Polish lived together at that time. The dominant religion was Lutheran.

Johann Gottfried Diesseldorff was born on November 17, 1668 in Danzig.  Among other citties, he studied in Leipzig, Frankfurt (an der Oder) where he graduated as Doctor of Juris (Law) in 1693. He was appointed to “Assesore Concilie Perpetui”  and in 1697 was professor for law and history in Danzig. 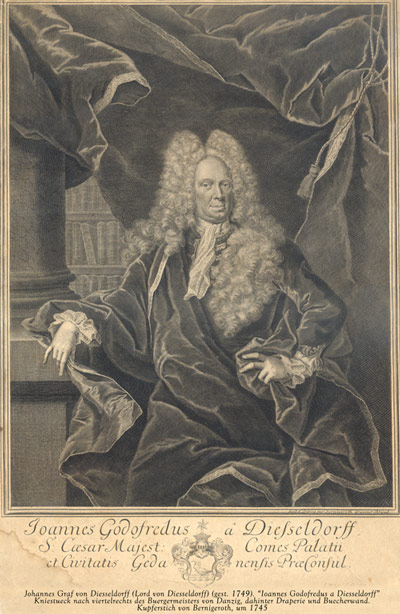 Soon after he was appointed to president mayor of the city of Danzig where he served as mayor 6 terms from 1720 to 1745.

He served under August II, King of Poland and Kurfuerst of Sachsen (until the King’s death in 1733) and during the Polish-Lithuanian Commonwealth in Danzig (Gdansk).

The Graf (count) marries three times but without male heir. Unfortunately the count died without a male heir and his sister inherited his enormous fortune as well as countless scholarships.

During the time of the count Dieseldorff (1740) Danzig was Free Hanseatic city (independent city) at that time. Surrounded by Poland, the count represented the King of Poland.

The official language in Danzig, especialy in governing institutions, became standard German towards in about 1570. Danzig became the largest city on the Baltic seaboard by the 16th century. The city of Danzig (Gdansk) was largely bi-cultural sharing both Polish and German culture.
Danzig was annexed by the Kingdom of Prussia much later in 1793 until 1805.

The emperor also appointed the earl as head of church matters “…comes palatii” of the Marienkirche in Danzig which was the most important church in Danzig at that time. While nearly all of Poland was Catholic, Danzig was a hotbed for Protestantism to such extend that the Catholics became a minorty in the city’s population. The Marienkirche in Danzig was Lutheran (evangelisch) until 1945 and became catholic sine 1945. Today, the church has still a reupation ot be one of the largest brick churches in the world and one the largest places of worship in Europe.

The copperplate engraving from 1745 (see to the right) shows Johannes Gottfried von Diesseldorff, born on November 17, 1668 in Danzig. His hole majesty appointed him to Count Palatine and as the High Consul of the city of Danzig which is inscribed as “Von der Heiligen Kaiserlichen Majestaet Graf Palatino (oder Pfalzgraf) und Prokonsul der Stadt Danzig”. The 6-pointed star on top of the crest symbolizes luck and prosperity (at that time) as the Graf (count) was not only head of state but also of the Christian church (Mariakirche)

Click here to see more about the Diesselorf stpendium of Danzig,

Click here to see about the history of Poland and search by Diesseldorff.

It is not known what circumstances made him change his name in 1820 to Johann Heinrich Dieseldorff and change his religion to Christianity but they must have been severe. Family resemblances such as face and hand are so striking throughout the generations that it is believed that Moses Levy, the father of Solomon Lazarus Levy was actually a cousin of the Graf von Dieseldorff. That would also explain how Solomon Lazarus Levy living in Leipzig comes to the quite unusual name Dieseldorff who lived hundreds of miles away in Danzig and belonged to aristocracy. In addition Solomon Lazarus Levy was allowed to maintain the two “f” at the end of the name which symbolizes the aristocratic origin when he acquired the name.

Solomon, now Heinrich, and Johanna moved to Hamburg around 1820. They had seven children.
In Hamburg, the Dieseldorff family began and maintained a small armada of trader ships transporting goods from and to South America (Guatemala and Peru).

Around 1865 Johann Peter Daniel Dieseldorff married Maria Graefin Rethey (or Retei) – the countess Rethey (or Rethei) which was Chris’ Great Great Grandmother.  She was born in Jugendorf near Vienna, Austria in 1830 and belonged to the Klebersz family in Rete Hungary (now Reca in Slovakia). Everyone called her the countess Eva. The family known as Klebercz von Rethey became Ungarian aristrocrats in 1633 by appointment of King Ferdinand II.  It is believed that the Klebercs are direct descendents of the family Bathory who were the kings of Poland.  When she married Peter Daniel Dieseldorff they received enormous riches as wedding gift.  Johann Peter used these riches to invest in his Guatemalan business and in Guatemalan infrastructure. The first rail road station in Guatemala was built by “Dieseldorff” or “Diesseldorf” (both variations of the name appear).
One Dieseldorff, Erwin Paul Dieseldorff, was one of the founders of archeological studies of the culture of the Mayas. Books and the museum in Coban, Guatemala, are witnesses of his accomplishments as well as a statue erected in honor of him in the city of Coban.

In Guatemala, the commercial links that had begun in the 1840’s between the German Hanseatic and the Prussian ports of the Baltic provided agents for further immigration from the German states especially after 1865. Erwin Paul Dieseldorff established in 1900 a coffee empire in the Alta Verapaz

Because of their continuous relationship with the Jewish society, the family who remained in Germany had to face difficult times. On one of his trip to Lima, Peru, Rudolph Dieseldorff, the half brother of Hermann, was told by family members not to return to Germany and stay in Lima because it would not be safe In Germany anymore. His mother and her sister did not survive the Holocaust and died in the concentration camps.
Rudolph remained in Peru ever since and built a flourishing farm and plant for nuts which provided also oil. He married a wonderful Peruan lady with whom he is still happily married since over 40 years.

While some family members had a similar terrible destiny, other family members served actually in the army. The family was in fear, had to hide its origin and tried to save its family members. There is a story in which the stepmother of Hermann Gustav Dieseldorff (Chris’ Grandfather) reported him at the SS because he would be a Jew. At that time Hermann was in the army (as almost everybody was) working as a supply officer. The SS came and transported him to the interrogation. Hermann was able to convince them that he is actually not a full Jew and not half Jew. Because the Nazis did not pursue any Jews with less than 1/2 blood connections, he was sent back home where he had to live with his step mom until she died. Nobody really liked her and they all called her the “Der Schrecken” which means the “The Terrible”.

The family – now since generations Christians – were always proud of their Jewish heritage but kept it for themselves because of the terrible past. Chris was told about his Jewish heritage when he was about 20 years old. Speaking Yiddish words at home was never something special. He did even not know it was Yiddish because it was used leisurely in daily conversations.